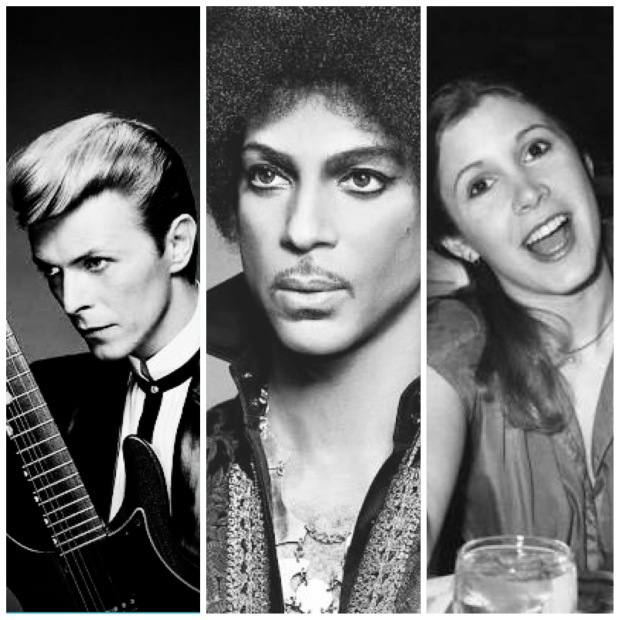 Of all the celebrities we lost this year, three hit me the hardest: David Bowie, Prince, and Carrie Fisher. Each were a part of my childhood and adolescence, introducing me to musical and visual worlds that continue to capture my imagination, fuel my creativity, and get me through some of my worst moments.

Their passing in 2016 feels especially poignant. Bowie and Prince showed the world that there’s no right way to be a man. They both embraced femininity and were unafraid to surround themselves with strong, talented women. Fisher was an unapologetic feminist. She was outspoken and fearless in her criticisms of Hollywood and sharing her own struggles with mental illness. In a year that’s come to be dominated by toxic masculinity and bullies, it’s a shame to lose three voices well poised to fight these forces.

But maybe this just means that it’s time for others to find their voices and fill the void.